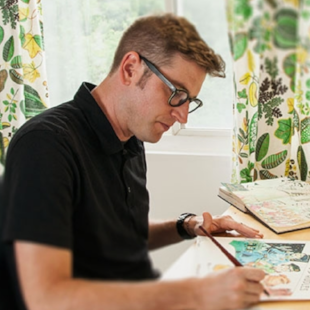 Our second episode of the Carver Cast features Associate Professor at the Sam Fox School of Visual Art and Design, John Hendrix.

John Hendrix is a New York Times Bestselling illustrator and author of many children’s books, including Shooting at the Stars, Drawing is Magic, John Brown: His Fight for Freedom, Miracle Man: The Story of Jesus, and, most recently, The Faithful Spy: Dietrich Bonhoeffer and the Plot to Kill Hitler.  His first picture book, Abe Lincoln Crosses a Creek, was named an ALA Notable book of 2008 and won the Comstock Award for read aloud books.  His book on John Brown won the Oppenheim Toy Portfolio Gold Seal and was named one of the “Best Books of 2009” by Publisher’s Weekly.

Professor Hendrix has a degree in visual communication from the University of Kansas and an MFA from The School of Visual Arts.  He has taught design at Parsons School of Design and worked at The New York Times as Assistant Art Director of the Op-Ed page.  His work has appeared in publications including Newsweek, Sports Illustrated, Entertainment Weekly, Rolling Stone, The New Yorker, Esquire, The New York Times, and Time Magazine. He has also drawn book jackets for the likes of Roaring Brook, Random House, Simon & Schuster, Harper Collins, Greenwillow Books, Knopf, Penguin, and Abrams Books. His images also appeared in advertising campaigns for ESPN/ABC, AT&T, and Travelocity. His drawings have won numerous awards, including Silver Medals from Society of Illustrators in 2006, 2008, and 2015.  In 2012, Professor Hendrix served as President of ICON7- The Illustration Conference, a biennial global summit for the illustration community, as well as Vice President of ICON6 in 2010. He also chaired The Society of Illustrators 55th Annual Show, which is the Illustration industry’s longest running and most prestigious juried show.

Professor Hendrix has served as a Ruling Elder at Grace & Peace Fellowship for eight years, part of the PCA (Presbyterian Church of America). He has presented his work and drawings at venues including Hutchmoot, The Rabbit Room’s Annual Conference of art, music and faith – Church NEXT Conference – Story Conference, Nashville – Q Commons St. Louis, and The National Archives.  His sketchbook drawings from church have been featured in Christianity Today and Smithsonian Magazine. Professor Hendrix lives in St. Louis, with his beautiful bride Andrea, son Jack, and daughter Annie.

Reviewing his 2016 book, Miracle Man, the New York Times wrote that “even nonbelievers will enjoy this powerfully told and visually dazzling book.” 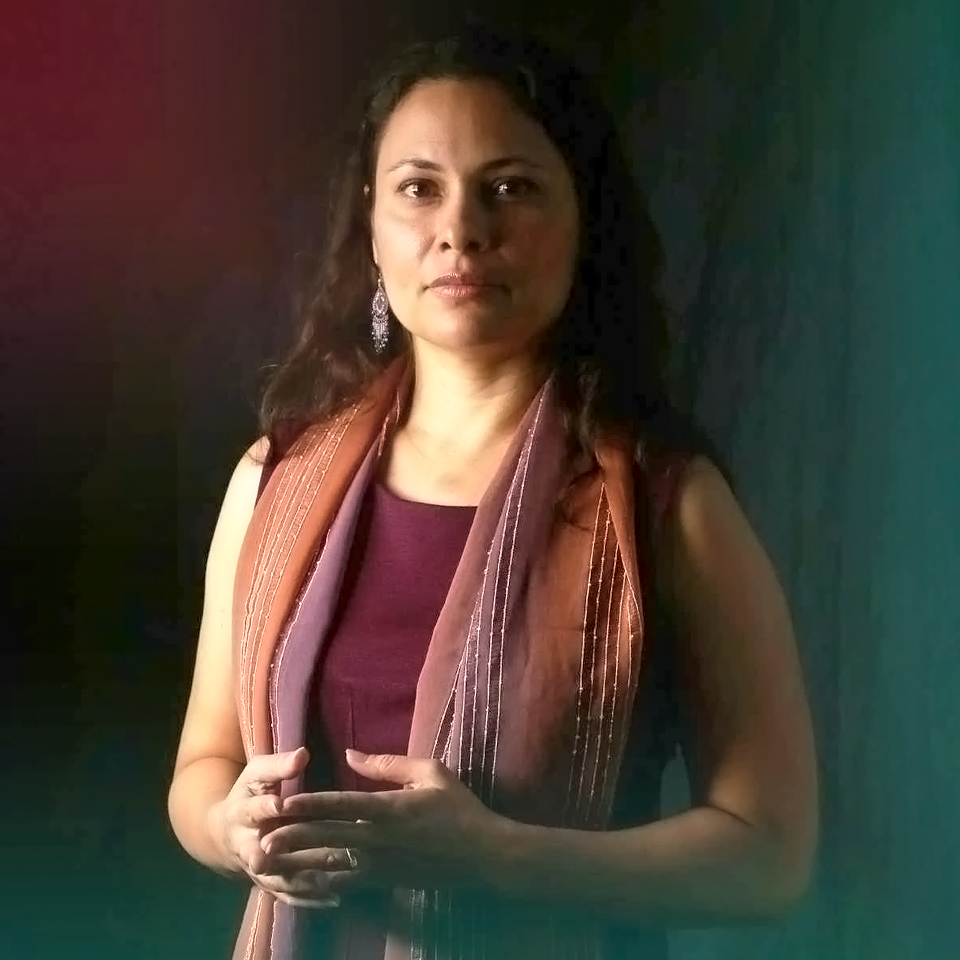 This week, we sat down with Ruth Lopez Turley, professor of sociology at Rice University. She founded the Houston Education Research Consortium (HERC), a research-practice partnership between Rice University and several Houston area school districts, including the Houston Independent School District. Turley also founded the National Network of Education Research-Practice Partnerships (NNERPP), which supports and develops partnerships between research institutions and education agencies throughout the country.  Turley has served in various elected and appointed positions in local, state, and national levels. Nationally, she has served in leadership positions in the American Sociological Association (ASA), the American Educational Research Association (AERA), the Society for Research on Educational Effectiveness (SREE), and the National Research Council of the National Academies, as well as the editorial boards of Sociology of Education and Educational Evaluation and Policy Analysis. Locally, she has served as a Mayor’s Appointee in the Harvey Relief Fund Advisory Board, tasked with disseminating $100M, and is also serving on the Texas State Board of Education’s Long-Range Plan for Public Education Steering Committee. Turley completed her undergraduate work at Stanford University (1996) and received her Ph.D. in Sociology from Harvard University (2001), where she was a doctoral fellow at the Kennedy School of Government’s Multidisciplinary Program in Inequality and Social Policy. Prior to coming to Rice, she was an assistant and associate professor of sociology at the University of Wisconsin – Madison, where she was a faculty affiliate of the Wisconsin Center for Education Research (WCER), the Interdisciplinary Training Program in Education Sciences (ITP), and the Institute for Research on Poverty (IRP). In 2004, she was a National Academy of Education Postdoctoral Fellow.  -- The Carver Cast engages with Christian faculty in higher education and highlights the work ... 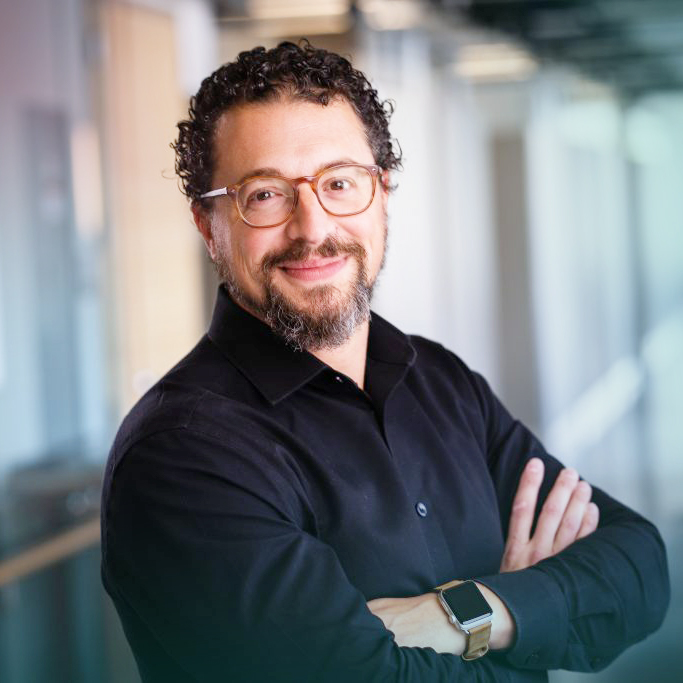 Today, we connected with Pablo Tarazaga, an associate professor in the Department of Mechanical Engineering at Virginia Tech. His research focuses on the general areas of structural dynamics, vibration, control, testing, adaptive structures and smart materials. Professor Tarazaga received his B.S.M.E. from the University of Puerto Rico in 2002, his M.S. from Virginia Tech in 2004, and his Ph.D. from Virginia Tech in 2009. -- The Carver Cast engages with Christian faculty in higher education and highlights the work of those faculty to bridge connections between university, church, and society. In doing so, it seeks to disrupt the perceptions that Christians are “anti-intellectual” and that higher education is “anti-Christian.” Tune in for a wide-ranging discussion with faculty around the country, with mediocre production quality but excellent content! Penina Laker and John Inazu are Carver Project faculty fellows and members of the faculty at Washington University in St. Louis, where Laker is assistant professor of communication design and Inazu is a professor of law and religion. ... 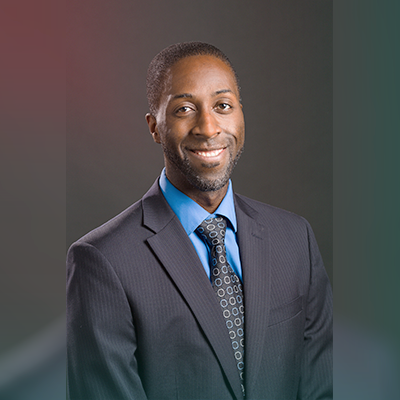 Our inaugural episode of the Carver Cast features Dr. Nii Addy, associate professor psychiatry and of cellular and molecular physiology at the Yale School of Medicine. Dr. Addy received his B.S. in Biology from Duke University and his Ph.D. in Neuroscience from Yale University. At Yale, Dr. Addy directs a federally funded research program, where he and his staff use rodent models to investigate the neurobiological bases of substance abuse, depression and anxiety. Dr. Addy is also involved in graduate student and post-graduate training, faculty mentoring, and university-wide diversity and inclusion initiatives at Yale. He serves on the journal editorial board of Biological Psychiatry, Nicotine & Tobacco Research, and Neuropharmacology, and serves as a grant reviewer for the National Institutes of Health’s Center for Scientific Review (CSR). He has presented scientific lectures at universities throughout the United States and Europe, and in Japan. Dr. Addy has also participated in Veritas Forums and community forums on the intersection of mental health, faith, culture and neuroscience. His research and community work have been featured by National Public Radio (NPR), Newsday, the National Football League Players Association (NFLPA), The Source Magazine, Chuck Norris, BoldTV, Legitimate Matters, and Relevant Magazine. -- The Carver Cast engages with Christian faculty in higher education and highlights the work of those faculty to bridge connections between university, church, and society. In doing so, it seeks to disrupt simultaneously perceptions that Christians are “anti-intellectual” and that higher education is “anti-Christian.” Tune in for a wide-ranging discussion with faculty around the country, with mediocre production quality but excellent content! Penina Laker and John Inazu are Carver Project faculty fellows and members of the faculty at Washington University ...